Apparently not. According to German historian Jürgen Tampke The Versailles Treaty did not really go far enough and was not as damaging as many would have us believe. 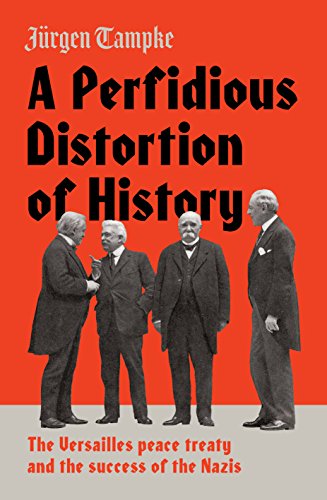 Here is a synopsis of the book found here.

A controversial and important work of revisionist history that rebuts the accepted version of the role of the Versailles Peace Treaty in the rise of Nazism and the unleashing of World War II.

The Versailles Peace Treaty, the pact that ended World War I between the German empire and the Allies, has not enjoyed a positive reputation since its signing in June 1919. Conventional wisdom has it that the treaty’s requirements for massive reparation payments crippled the economy of the Weimar Republic and destabilised its political life. Ultimately, it is argued, the treaty prevented the seeds of democracy sown in the aftermath of the Great War from flourishing, and drove the German people into the arms of Adolf Hitler.

In this authoritative book, Jurgen Tampke disputes this commonplace view. He argues that Germany got away with its responsibility for World War I and its behaviour during it; that the treaty was nowhere near as punitive as has been long felt; that the German hyper-inflation of the 1920s was at least partly a deliberate policy to minimise the cost of paying reparations; and that World War II was a continuation of Germany’s longstanding war aims.

Will Mr Wear be giving us a book review any time soon? I hope so….