…is a historian who has an affinity with  White Nationalism, anti Antisemitism and Holocaust denial. Don’t believe me? Take a look at the links on his website.

“With a more-than-willing army of apologists, polemicists, journalists, film-makers, and “historians” to cover their tracks, none of the major, or minor, Allied war criminals ran any risk of being called to account for their acts”

Nothing has been hidden or covered up. The Soviet atrocities committed as troops entered Germany are well publicized. The fact that not all troops acted according to the rules of warfare in place at the time is nothing new…in any army. These were indeed war crimes.

“Far from it. At the lower levels, those who actually committed the atrocities at Dachau, Nemmersdorf and a thousand other points on the map, were quietly forgiven…”

Were they? Forgiven by who? These were crimes committed by men brutalised by war and the effects of war. Some US soldiers reacted badly to the horrific sights they saw at Dachau and other concentration camps and saw the SS as responsible. Many Soviet soldiers on the ground simply acted in revenge for the mass slaughter of Soviet citizens committed by Germans as they swept through the USSR in 1941…or raped simply because they could.

Indeed. Why not? They had succeeded in defeating German National Socialism and the Japanese military Empire.

“…much of the world’s attention was riveted on Nuremberg. There, the victors sat in judgment over the vanquished.” 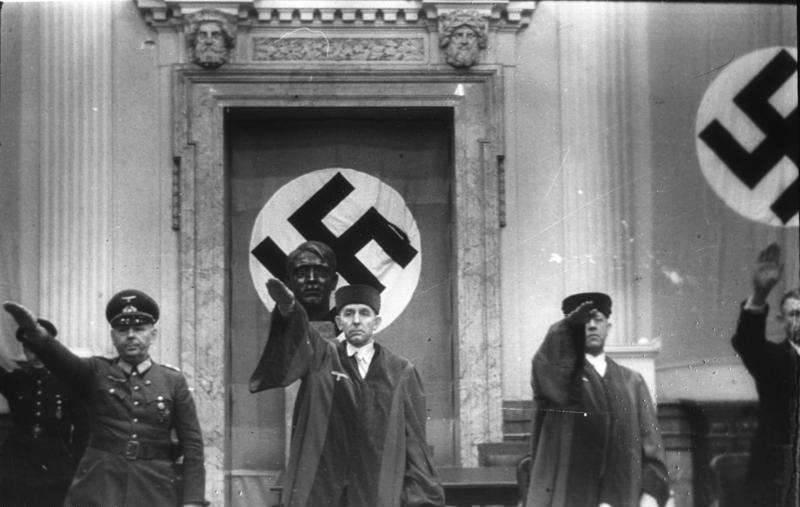 The Nuremberg Trials were the best thing at the time. They were not perfect, but then how could they be…?

One of the First US Holocaust deniers and a supporter of Nazi Germany.