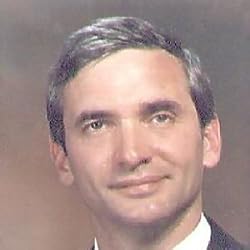 Mr Wear keeps up his copy and paste routine. This time we have a little snippet from renowned Holocaust Denier Carlos Whitlock Porter.

What is it that Mr Wear says about him?

“Carlos Whitlock Porter was born in 1947 in California in a family of Navy officers and lawyers. C.W. Porter studied in Europe, and is a professional translator and member of the Institute of Linguists. Since 1976, he has studied the Holocaust and war crimes trials with detailed patience and precision, including the related questions of law, toxicology and chemistry.”

So Mr Porter is no lawyer and is certainly no chemist.

“Concerning the International Military Tribunal trial records, C.W. Porter’s work exposes these kangaroo courts to have been absurd and hideous miscarriages of justice.”

For a complete destruction of Porter’s work on the legal side of the Rules of Warfare, readers need to take a look here:

Here are some snippets:

“One of his articles “War Crimes Trials” can be found on the CODOH website. It claims to discuss the 1907 Annex to the Hague Convention dealing with the laws of war, and this essay is so highly regarded in the denier community that it has been cited by deniers as authoritative on the subject of the Hague Convention. A close examination of Porter’s work, however, demonstrates that it is inaccurate both as to the text of the Convention and the conclusions that are derived from the distorted citation”

” Porter’s laconic conclusions are dependent on his edited readings of the text and his factual assumptions. Many of Porter’s unsupported allegations are simply not correct. “

“This brief analysis demonstrates that “War Crimes Trials” is replete with deliberate distortions, fraudulent representations of the text of the Conventions, and factual errors. Porter’s work is not only a failure but a rather dismal one. Porter’s technique of misquotation and factual error would not be tolerated in any legitimate academic community or any other setting where factual accuracy is required. It would never survive the process of legitimate peer review. It is only in the shadow world of the lunatic fringe of those who deny the Holocaust where efforts like “War Crimes Trials” find acceptability. And it is only the credulous and those with a specific agenda who can consider “War Crimes Trials” as either convincing or authoritative.”

One thought on “Nuremberg Farce…bla…bla…bla…(again)”