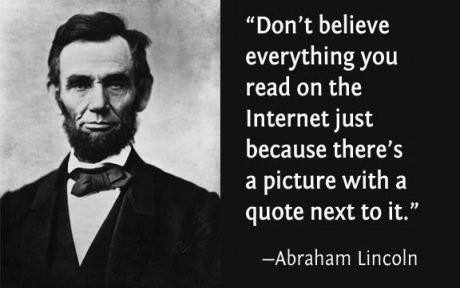 The last few weeks has seen the merry bunch at Wears War spouting the same old stuff. The Nuremberg Trials seem to be the subject of the moment. Instead of debunking the same old rubbish this article will focus on the dishonest use of the Twitter meme.

Because of the shortage of space on Twitter, to make point many people create or copy and paste one picture with words. It looks like the boys and girls at Wears War have caught on to this technique and have inserted the more common ones into their articles.

The problem is that most of these memes are simply lies or taken wildly out of context.

Let us look at some of them.

Probably a fake quote. In his book on his time in Russia during the Revolution, Francis makes no mention of Jews.

This is a faked quote. So much has been cut out of it. Here is what the whole quote looks like:

See here for a full critique of the faked quote.

There is no evidence this was ever said by Sefton Delmer. The quote comes from ex Nazi  Friedrich Grimm. Grimm himself never gave the source. Neither has the statement ever been corroborated. It is worthless.

This is a faked quote. The first part: “I saw absolutely no evidence of German abuse of the population” has been added. The attitude of the French, of course is understandable as those who lived in Normandy had no reason to be joyful in June and July 1944.

What Irving actually wrote can be found on p 204 of his book.

Jews did not declare war on Germany in 1918.

Neither was a call by US Jews to boycott all German goods because of the victimisation of German Jews after the rise to power of the Nazis, a declaration of war. No matter how the Daily Express might report it.

Mr Wear doesn’t believe in free speech. I found that out when I tried to post a comment on his website. Of course Mr Wear can ban or accept whoever he likes on his website. I have no issue with that. It’s just that you cannot brag about being a fan of free speech if you don’t allow it yourself.

Many quotes appearing on the internet which are supposed to have been made by Churchill are simply fakes.

This is one of them.

This particular meme has been busted at the excellent website Holocaust Controversies. Sergey Romanov has creatred a whole series on Holocaust denial memes. This is one of them.

Short debunking: there is no historical or logical connection between various uses of “holocaust” and “six million” and the historicity of the Holocaust, or that of the recognized Jewish death toll of between 5 and 6 million Jews, so the meme is simply irrelevant and is a result of a cherrypicking among other numbers published at that time (like 5 or 3 million).

Further comments: the whole argument, if there is one, is incoherent. The established death toll of between 5 and 6 million Jews is based on demographic data which is not dependent on what can or cannot be found in the newspapers. Not to mention that the whole argument is based on cherrypicking. The deniers search for “holocaust” and “six million” and sure enough, find some mentions.

There is no actual source for this quote. The nearest equivalent is reported to have been made by Lecache in December 1938:

‘It is our task to organise the moral and cultural blockade of Germany and disperse this nation. It is up to us to start a merciless war.’

However I have seen no actual primary source for this quote either. The source is reportedly “Le Droit de vivre”. Until I see the original French source I will class this as a fake.